May you live in interesting times seems like an apt description for the year we’ve had in genomics. Significant advances in science, alongside ethical breaches and major privacy concerns. All the while, the sequencing march forward continues with more interest from countries, consumers and more insurance coverage.

I polled the Emedgene team on the most significant genomics news of 2018, and here are our collective choices: 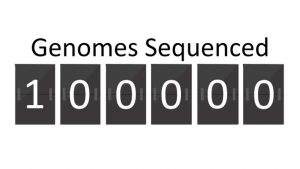 Over 50 countries have announced population genetics projects of over 100,000. Genomics England, the pioneer, has completed their first 100,000, and announced a plan to continue sequencing 1,000,000 genomes.
By spearheading genomics projects, these countries are advancing genomics research and providing immediate answers to patients in need, paving the way towards wider clinical adoption.

DeepMind Predicts Protein Shapes
DeepMnd wins at Go, and at the biannual CASP competition, the protein-folding olympics where participants try to predict the structures of proteins from lists of their amino acids. DeepMind clears the field with 25 accurate predictions (out of 43) vs 3 for the second place team. Go AI.

More Data, More Polygenic Studies
Polygenic risk scores are taking off. With larger data repositories, researchers are able to look at the effect of combinations of variants on health. This looks promising in explaining the impact of many variants unexplained with GWAS studies to date. 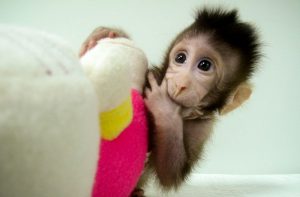 After numerous failures in primate cloning, Chinese scientists succeeded in cloning long-tailed macaques. The good news is cloned primates can help advance the research in human diseases, pharmaceutical companies are really excited about this. However, this breakthrough has also removed the scientific barrier to cloning humans, and combined with a regulatory gap (in the US at least), we’re in the hands of scientists ethics on this one.

Crispr Baby
Speaking of ethics, let’s briefly mention the Crispr babies. Dr. He’s claims to have engineered two babies swept news outlets and sparked a worldwide ethical debate on the topic. His mysterious disappearance following the announcement further added to the drama. Significant ethical breach, bad science, questions about parental consent and the gene modifications will be passed on to future generations. There is no question there has to be clear regulation, based on careful consideration of ethics, and better monitoring of Crispr uses.

FDA Approves 1st RNA Interference Therapy
The new drug, Patisiran, targets a rare heart and nerve condition. The journey to RNA therapy has been long and ardurous. It took 20 years after the discovery of RNAi for scientists to find a way to deliver it to target organs without degradation. Eventually, they were able to encase RNA in fatty nanoparticles and protect them in the bloodstream. This could prove key for CRISPR–Cas9 gene cutting therapies as well.

Golden State Killer Found Through Genetic Forensics
People have been avidly searching for distant genetic relatives on hobbyist genealogy websites for years. But now, the law is using the same technique to identify crime scene DNA that doesn’t appear in any police databases. In the case of the Golden State killer, they went all the way back to his great-great-great grandparents, who lived in the 1800s, creating 25 family trees and thousands of suspects before narrowing it down to a single retiree living in Sacramento California. The loss of privacy implications are mind-boggling, since you are now at the mercy of distant relatives you’ve never even heard of.

Genomics & Ethnicity
During the annual ASHG conference, the society denounced the new wave of attempts to legitimize the political ideology of white supremacy on the basis of human genetic data. While genomic research is extremely valuable to our understanding of mankind in the hopes of providing treatments for ailments, collected data may land in the wrong hands and be used to justify racial distinctions. The rise of population genetics worldwide will diversify the currently utilized population databases and contribute to the study of genomics among all races and ethnicities.

Are you ready for cultured meat?
Personally, I’m not sure how I feel about GMO foods, let along lab-grown meat. But the idea of eating meat produced without harming animals, that could feed the growing world population is enticing.

So there you have it. What’s scarier than AI? Definitely genetics in 2018.

Let’s hope that the genomics spotlight in 2019 will be on ethics, regulation, and enforcement. Let’s have clearly delineated boundaries on gene editing and cloning. Let’s continue to denounce the misappropriation of genomics to advance racist agendas. And let’s protect our privacy from our cousin, 5 times removed, who’s hobby is researching the family tree.

Photo by Sebastian Davenport-Handley on Unsplash

AI & Reanalysis: Close the gap on your past open cases

Learn More About Emedgene’s Genomics AI
Orit Levi2019-01-24T15:44:50+00:00
We use cookies to improve your online experience. Take a look at our Cookie Policy to learn more. By continuing, we assume that you consent to receive these cookies. Ok